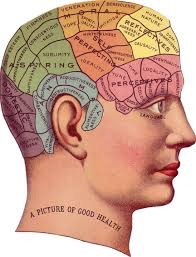 Gretta, Lucia's piano teacher, is very kind, but she's also strict about her expectations. Last week she told Lucia that she absolutely has to sing the notes and sing the counts of the notes while she practices piano. Lucia has received this instruction multiple times from Gretta, always with the same result. Practicing the notes is fine. Lucia gets up every morning and (with some nudging) practices. When I tell her to start singing the note names or singing the ta-ta-tas to count the timing, she freaks out! I mean, WHOA, you'd think I handed the girl bagpipes and asked her to play a little jig.

The last time Gretta gave Lucia the singing instruction, I told her what happens. I said, in my most diplomatic voice because Lucia was standing beside me, "Singing while playing seems to be really frustrating for Lucia." I was hoping Gretta would say, "Okay, don't do that." But of course she didn't. She told us that it is very important, so important, because Lucia, in doing these two activities (playing and singing) simultaneously, is creating pathways in her brain.

Well, that can't be bad. New neuronal connections. I definitely want Lucia to have those. I want to have those. And, when I started exploring where I could get them, I didn't have to look far.....

Dr. Timothy McCall says this, "With advances in understanding and technology, scientists now talk about 'neuroplasticity.' The brain, they have realized, is plastic, meaning it is capable of change.... Two thousand years ago, Patanjali wrote in the Yoga Sutra—classical yoga’s foundational text—that the key to success in yoga was to practice regularly without interruption over a long period of time. This sounds like the perfect formula to create deep new behavioral grooves that take advantage of neuroplasticity: Regular repetition of a variety of yoga practices will increase the number of connections among neurons and may even cause new neurons to be recruited for the task."**

So there is hope for us, grownups like me who thought brain functioning would be mostly downhill from here. Remember how people used to tell us that we had limited brain cells, so we shouldn't sniff rubber cement or lick Sharpies? Remember that commercial, "this is your brain on drugs?" Now we know that we can make MORE brain cells, BETTER brain cells. We can make neuronal connections. Yoga is is the key to making this happen.

I think especially right now of all the folks on day 27 of this month's 30-Day challenge at The SweatBox. They have literally changed their brains. That's amazing. And such good news for all of us who practice yoga regularly-- practice Savasana and Tadasana and Trichonasana day in and day out. We are bulking up our brains, creating new pathways of our own. Two thousand years ago when Patanjali wrote the Yoga Sutra, the idea of changing brain chemistry through yoga was just a theory. But no longer! It's a brave new world-- neuronal connections, neuroplasticity, recruiting new neurons! The results are in--this is your brain on yoga.

Fairly regularly, I have the disturbing notion that everything I am doing as a parent is completely wrong. Not a great feeling. My daughter, by most accounts, is a really delightful, well-adjusted seven-year-old, but still, I must be royally screwing her up right? Probably. But I still try to be a good parent despite the sad, likely inevitability that Lucia will resent me, dislike me, condemm me for some part of my parenting.

In my feeble attempt to prevent that sad, likely inevitability, I recently read a great parenting book-- Parent Effectiveness Training: The Proven Program for Raising Responsible Children by Thomas Gordon. One of my take-aways from this book is the idea of acceptance. As parents, one important aspect of raising our children is to promote a sense of acceptance for them. For me as a parent, this translates into sometimes stepping out of Lucia's way and letting her figure things out for herself. It means sending her the strong clear message that, even if it isn't that way I would do something (the puzzle, the spelling homework, the sewing project), her way is okay, and I accept it. This is hard. It involves being really quiet, and maybe even completely removing myself from an activity. Being an engaged parent, an active parent, might in some ways be taking away from Lucia's ability to find her own path, her own voice.

I've noticed, for example, if I stop directing Lucia so much in her piano practice, she tries new things, like playing two chords at once instead of sticking to her prescribed lesson plan. Or, if i take myself out of her football game with her friend Cece, she gets way more down and dirty (a good thing for my risk-averse, indoor kitty child). My job-- to watch, to notice, to appreciate that she is figuring out who she is without my voice. This does not mean that I don't discipline Lucia. It doesn't preclude me from engaging with her. Not at all. It just puts me in the added position of being an active listener to what she is saying, doing, experiencing.

In many ways when we practice yoga we are our own parents, our own teachers. We discipline, direct, often judge and criticize. In yoga, particularly Savasana, we have an opportunity to shift roles. Like sitting on the sidelines while Lucia plays football, we get to get out of our directing roles and just listen--to our bodies, our minds, our hearts. When you are doing Savasana, notice if your parental voice is there. Is your mother's voice telling you to stop fidgeting? In Tadasana, is your old coach's bark commanding you to stay focused? That discipline, that rigor in our practice is so important. We don't want to lose that. But over time, with regular practice, the discipline and rigor are there. Let the voices quiet down a little bit. Allow yourself to practice without the judgement, the criticism. You'll be surprised at what you might learn.
at March 14, 2012 3 comments: Links to this post